There have been a crazy amount of April Fools’ jokes flying across the Internet today. Here are a few of the best from some of the biggest names.

Google have supposedly released an ever so sneaky version of Google Translate that can translate animal noises in to English! This is a mobile application, suprisingly for the Android platform and is (not) available in the Android App Store.

Take a look at the video below or visit the ‘official’ Google Animal Translate application.

Firebox Do It Yourself Carbon Freezing Kit

Firebox is heavily known for its extravagant and crazy gadgets and gizmos. However, this one is quite a kicker – take a look at Firebox’s DIY Carbon Freezing Kit.

‘The freezing process itself is simple: just remove your clothes, lie down in the chamber, set the timer and…well, the next thing you know it’ll be 2040.’

As part of a green initiative by Google, they intend to start producing super efficient nuclear power plants as soon as possible via a newly acquired company. Surely you will be able to Google Search the nuclear isotopes soon enough. 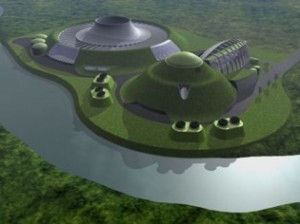 gle has acquired a company that has created a new process for highly efficient isotope separation, we’ve confirmed from multiple sources. The primary use of this technology, say experts we’ve spoken with, is uranium enrichment.

Enriched uranium is a necessary ingredient in the creation of nuclear energy, and one source we’ve spoken with at Google says that this is part of the Google Green Initiative. The company will use the new technology to enable it to design and possibly build small, mobile and highly efficient nuclear power generators. “Google has already begun building an enrichment plant,” says a high ranking IAEA source.’

Sourced from an ‘exclusive’ TechCrunch article.

ThinkGeek iCade – An Arcade Holder for the iPad

In a bit of funny move from ThinkGeek, they have released a product called the iCade, which is effectively and arcade machine shaped holder for the new Apple iPad. Over recent product releases include:

It is still April Fools’ Day here and as such there are plenty more April Fools’ Day jokes and pranks going on worldwide on the Internet. If and when we find more hilarious pranks, we’ll be sure to keep you up to date.